Thrown in at the deep end 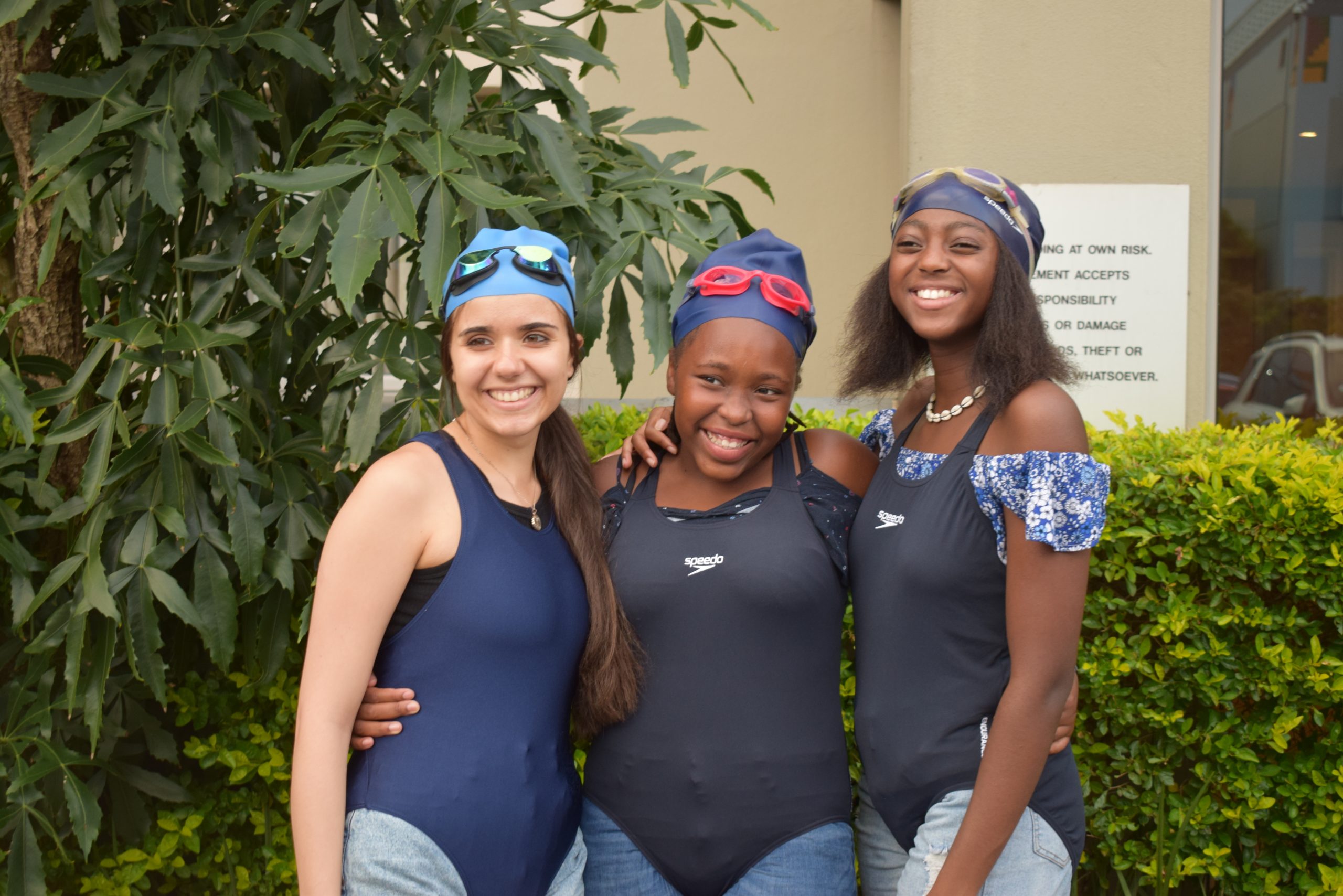 At the beginning of the Term 1 Exeat weekend, a group of wide-eyed, super-excited SMS swimmers departed for the annual highlight for swimmers – the Midmar Mile. It is the world’s largest open-water swimming event that attracted over 13 000 entries this year.

Ms Jo-NelkeSwanepoel, Mrs Tabbie Enslin and Mr Mark Muller accompanied the girls to KwaZulu-Natal. They looked forward to their three-night stay at the Road Lodge Umhlanga in Durban. The next morning, the sun chose to hide behind the clouds and allow some rain to pour through. This killed any chance of a fun, sunny day at Ushaka Marine World, but great minds think alike, and an alternative was soon found.

Bounce, a massive indoor trampoline park for all ages with venues spread across South Africa, was the next best option. The ladies, unaware of what they were getting themselves into, played a good game of dodgeball, completed the X-park, and learned new tricks and flips.

Saturday, also known to Midmar newbies as the ‘dignity thief’, was filled with embarrassment for them. After a good, traditional Midmar family dinner, they had to make fools of themselves by dancing for strangers and using ridiculous pick-up lines. They did all this in style, wearing their swimming costumes over their clothes, with a cap, and their goggles to top it off.

At 05:00 on Sunday morning the swimmers departed from the Road Lodge Umhlanga in Durban to conquer the 47th edition of the aQuellé Midmar Mile. Nervous tension and racing hearts were the order of the day.  Just reaching the finish line would be an achievement. Different categories of swimmers, sporting orange, blue, yellow, green, and white caps were seen spread across the dam.

All of our swimmers, including Mr Mark Muller and Mrs Tabbie Enslin, completed the mighty Midmar Mile and basked in the satisfaction, pride, and joy of having won the battle against the adverse conditions of the dam.

‘On your marks…get set…splash!’ Interhouse Gala 2020 was nothing less than expected. The dance by the Class of 2020, followed by the official opening and prayer kicked off the gala. The engines were ready and the night young. Athlone came out on top.

Swimmers stretch out their arms to reach their goals