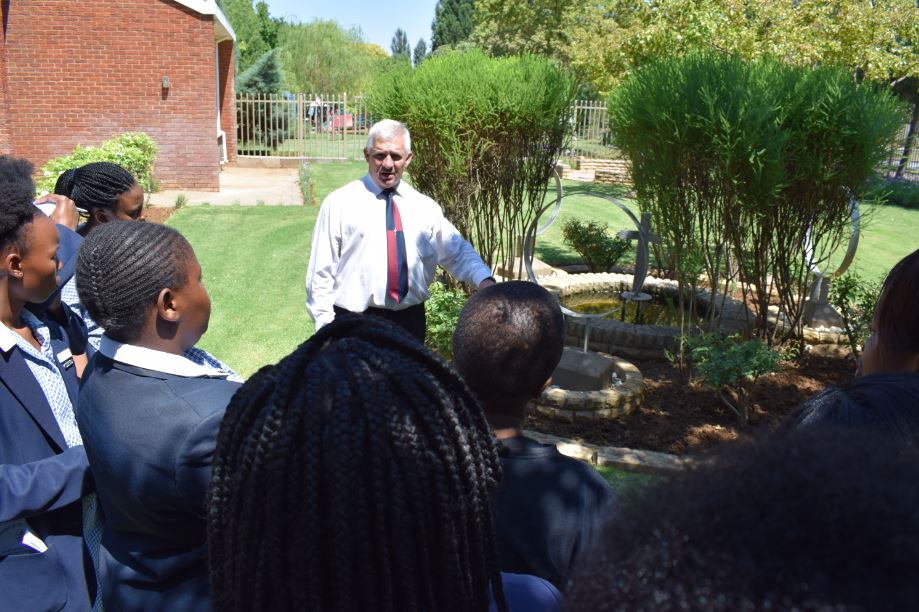 FOUNDER’S DAY 2019 was unusual and special. The staff and girls of St Michael’s were present when Rev. Grant Trewern became the first Anglican priest to be ordained in the St Michael’s chapel.

The school celebrates its 145th year of tradition and sisterhood this year, so the Founder’s Day celebrations deviated from the traditional ‘Amazing Race’ to a journey through time.

Each grade had the opportunity of touring their beloved school to discover the roots of their predecessors and the symbolism behind the well-known and often over-looked landmarks.In the school’s ‘salad days’, as Shakespeare would call them, there were a mere six teachers and thirty-two learners. Sister Emma was the Mother Superior for the first twelve years of the school’s existence.After sister Emma, a strict Gertrude Edwards was promoted to Headmistress (1905). Originally, Miss Gertrude was an English teacher who focused on promoting reading. She initiated the building of the library on the old school campus; hence the dedication of the current school library to her.

The renowned three rings in the Garden of Surrender do not only symbolise the Holy Trinity, but also the selflessness and endless work of the nuns who have inspired students since the opening of the school.

The original dictum of the school was ‘I stand before the presence of a Being above me. That Being is the one Almighty Lord, King of the angels’. The sisters had the motto shortened to the Latin translation ‘Ante Deum Asto’ to characterise the school.

The annual bursary awards also called for celebration. Chairlady of the SMS Old Girl Association, Dominique le Riche, presented the awards. The Sister Edith Agnes Memorial Bursary for bBoarding was awarded to Ayisha Mbikayi and Nicole Hurst received the Sophie Leviseur Bursary for a deserving learner in her final year of schooling. The Josephine Pritchard Prize for Christian service went to Makoena Tsosane. Khothatso Ramaema received the Lesley Coen Bequest for the best Grade Seven learner of the previous year. Zakiyya Dhupli was awarded the Gregory Bursary for a deserving Grade 11 learner; Rachel Sweetlove and Genevieve Engeström were awarded the Ruby Bodham-Whetham Art Bursary and the McDonald Prize for bilingualism respectively.