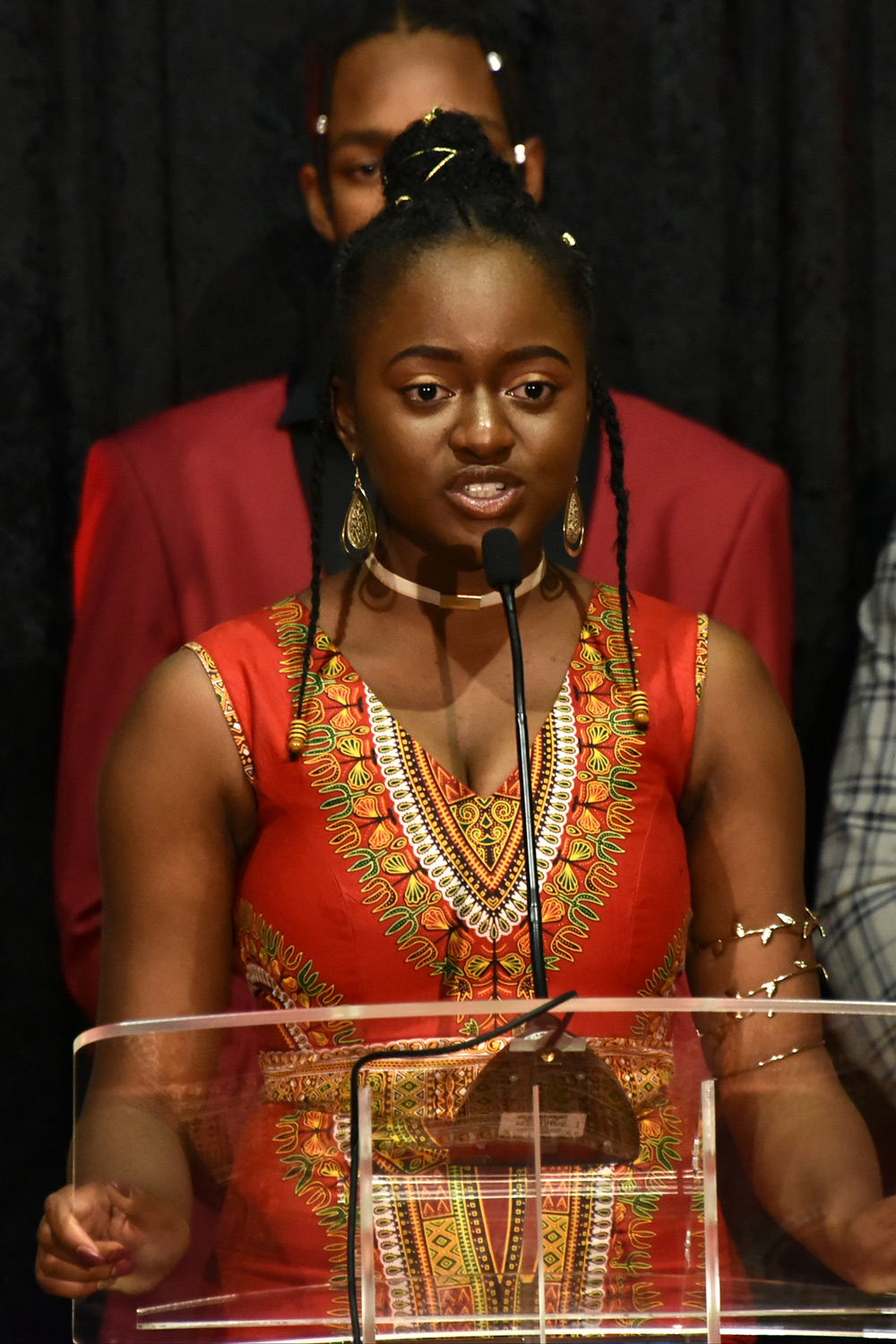 2019 HEAD GIRL, Emily Chikobvu, is the vision and mission of St Michael’s personified. Emily was one of fourteen finalists in the Matriculant of the Year competition held by the University of the Free State and Volksblad. This competition is exclusive to matriculants who wish to study at the University of the Free State. Prospective students’ academic, sport and cultural achievements as well as leadership experience from Grade 11 are taken into consideration. This year there were 96 entries, from which 25 semi-finalists were selected.

Most of the finalists were Executive RCL members of their respective schools. A challenge Emily experienced was the language barrier. ‘Many of the semi-finalists were Afrikaans-speaking, yet because of this exposure, I learnt more about Afrikaans culture and I appreciated how the other competitors made an effort to communicate with me in English.’

Despite their differences, they found common ground in being teenagers and having fun. Another challenge she had to face was the intimidating nature of this competition. Emily the Head Girl was just one of the competitors.

At the St Michael’s Speech Night this year, Emily was also awarded a gold laureate from St Michael’s. Laureates are awarded in recognition of exceptional effort in the following areas: academic excellence, neatness and diligence, extra-mural involvement and character development. It is therefore the highest award the school can make.

After her success as a participant in the Allan Gray Entrepreneurship Challenge where she earned cash prizes in both Grades 10 and 11, she decided to apply for the Allan Gray Fellowship Bursary. A preliminary round of entries included 1904 applications this year. The application form consisted of 30 pages of in-depth questions about personal and school life as well as the interpretation of numerous business-related scenarios. Four hundred applicants were selected for interviews. Two hundred of them were invited to the selection camp. During a grueling, long interview process she was asked to account for any and all trials, accomplishments and failures. Emily is excited to be included in the 200 and will be attending the camp in December. From them, 100 applicants will be selected as Fellows.

Emily regards being Head Girl of St Michael’s and representing the school on many levels, as an absolute honour. ‘I saw my election as an indication of the St Michael’s community’s belief in me’. She knew what an SMS lady should be, behave and act like. She felt the pressure but remained strong in her belief that this was who she was.

When asked about the highlights of being the Head Girl of 2019, she answered that walking down the aisle in Chapel with Mr Van Wyk and Father Grant Trewern allows you to feel as though your position as a leader is reaffirmed every morning. That kind of confidence boost is necessary to deal with the myriad of pressures, responsibilities and failures that you are accountable for as the Head Girl. ‘Valedictory was a highlight too. Even though it was literally the last time I was the Head Girl, it remains one of the best experiences I’ve had at St Michael’s. Emily particularly enjoyed presenting the Valedictory Speech as it gave her the ability to relay to the rest of the school the highs and lows that her class experienced during their time at St Michael’s.

To her amazement, Emily was also awarded a second prize at the Loch Logan Matric Farewell Dress Competition where she showcased her dress with 35 other finalists from around the Free State. The dress displayed a large Dashiki print on a red background. The design originated in West Africa and was historically worn as a way to protest against society’s disrespect towards African Americans. It was seen as a symbol of affirmation; it stood for ‘there is beauty in your identity, irrespective of societal norms’, and signaled a return to African roots. She chose this specific pattern to symbolise staying true to your roots. ‘One of the greatest challenges in the new generation is insecurity based on an idealistic and narrow definition of what is beautiful,’ she says.