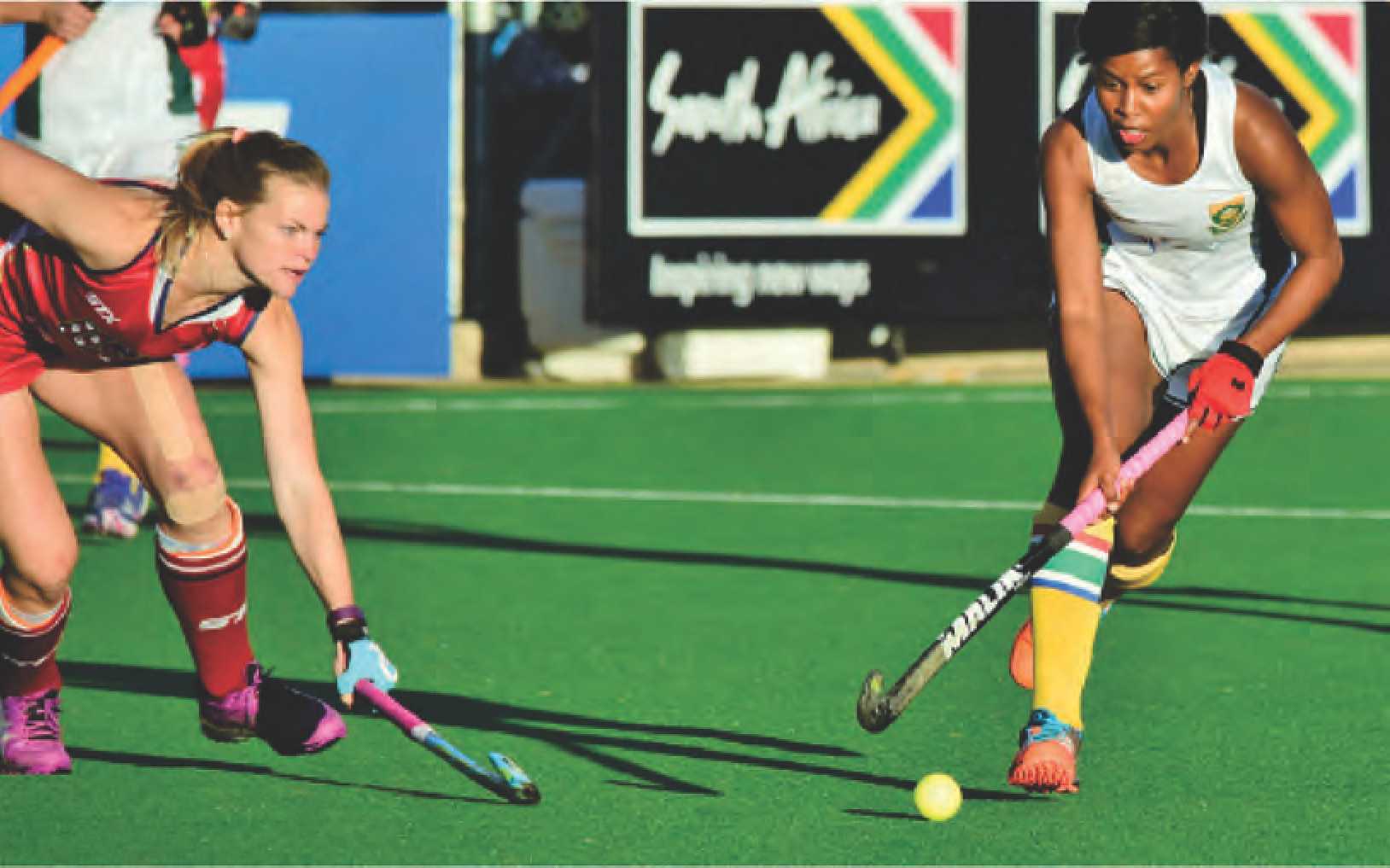 Finding a replacement after Mrs Virginia Scott’s retirement was no easy task, considering that Mrs Scott had become one of the school’s most beloved teachers over the many years she spent at St Michael’s.

Miss Sulette Damons has a knack for more than just teaching. Her most memorable moments on the hockey field were when she made her debut at the 2010 World Cup and when she played in the 2012 London Olympics. She spent years playing in the South African field hockey team and also played in two more World Cups and three Commonwealth Games.

When she gave up her international hockey career, Miss Damons followed her fiancé to Bloemfontein and got the opportunity to teach and coach at St Michael’s.

Miss Damons says that, after teaching high-school learners in her previous position, she is very excited to be at St Michael’s where she can make a difference in the lives of young children for a change.

She hasn’t given up hockey altogether, as she plays for a club and enjoys coaching at the school.‘The funniest thing is when a girl runs about three steps and then feels tired and needs to walk,’ she laughs. Her goal as a coach is for children to grow in their love for the sport and to reach their full potential.

Miss Damons loves the children she works with. ‘The morning hugs and greetings are the most enjoyable part of my job,’ she says. She hopes to create a ‘fun learning environment and a happy place, where children are able to look forward to going to school every morning’.

In her spare time, Miss Damons most enjoys letting her hair down and relaxing with friends.

Get to know your teachers