Review: The Man in the Iron Mask 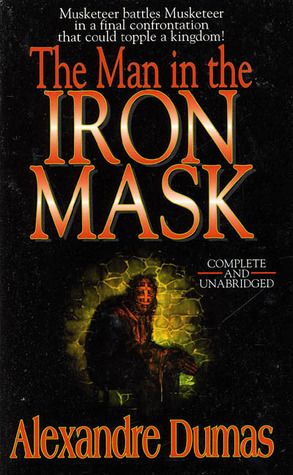 TITLE: Man In The Iron Mask

In France, the young King Louis XIV’s secret twin brother, Philippe, who was long believed to be dead, is locked away in prison in an iron mask. That is, until three retired musketeers: Athos, Pathos and Fr. Aramis relieve him of his unjust captivity. Aramis’ plot to replace the tyrant Louis with his kind-hearted younger brother is put on hold when his former ally and Louis’ head of the musketeers, D’Artagnon, learns of their treason. As Philippe matures in his tutorage, Aramis realizes that his mother, the queen, must be notified of the plot against her first-born.

This Dumas Pere book is a gripping read for anyone, regardless of its dated English and occasional eighteenth-century French colloquialisms. The combination of imagery and poetic use of language foreshadows the beauty, decorum and secrecy themes of this renowned novel. It is a well-assimilated mixture of fact and fiction that would surely open one’s mind to their own secrets and depictions of beauty.